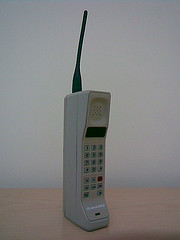 Many of today’s trends point directly to mobile being the dominant marketing platform of tomorrow. In fact, one could argue based on the below that it should be the dominant platform of today. As marketers, we should be rapidly developing and deploying sustainable and scalable inbound mobile strategies in order to take advantage of the opportunity in front of us today and the rapidly approaching future. Below are 15 mobile statistics every marketer should know.

Convinced yet? If you don’t have a plan to integrate mobile into your marketing mix now is the time to start. With technology from companies like MoFuse and 44Doors mobile inbound marketing has never been easier.