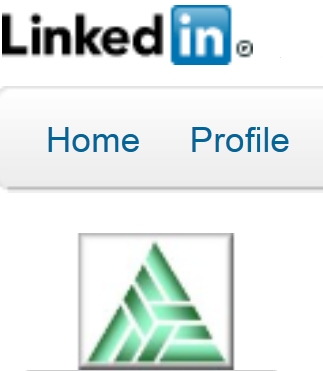 Ownership of LinkedIn Groups - The role of vanity in Social Media

In 2008 I was an active member of a nonprofit organization called the Business and Professional Exchange of Indiana. It is a networking group for professionals in career transition.  They meet on a weekly basis and invite recruiters, professional speakers, and career advisors share pertinent expertise.  During the first half of the meeting each of the roughly 45 members (at that time) had 30 seconds to stand before the group and talk about the type of position they are looking for, then the second half of the hour and a half meeting is turned over to a speaker who gives career advice such as: how to put together a professional resume together, how to write a cover letter, how to network, etc…

BPE exists...
...to provide support & encouragement to individuals in a career transition.
...to provide companies with an easily accessible pool of talented business professionals.

I had just finished my Masters and was looking for my next career home so I was an active member of the group and served on the marketing committee.  In that role I urged the governing committee that they MUST establish a group on LinkedIN because it was a powerful virtual networking tool that offered many benefits to those in career transition.  There was some push-back (quite a bit actually) because they were unfamiliar with the platform and didn’t see the value in spending time on a creating a group on LinkedIn when they were in the midst of creating a new static website.  Keep in mind this was early in 2008 when social media was in its infancy – especially in Indiana.

I forged ahead and established the LinkedIn group on May 9, 2008, then proceeded to show the governing committee, and the entire group, why social media would become an integral part of finding a job.  I was one of the featured speakers on the topic of social media and led a class at a nearby training facility on how to use LinkedIn strategically to find a job.

Three years and three months later the group now has 1,106 members. I'm proud of this group and the fact that I played a role in introducing the importance of social media to those in transition. I consider it to be among my career victories and an indication of my social media longevity and accomplishment.

A couple of weeks ago I received a LinkedIn message from one of the governing members requesting I turn over LinkedIn ownership to her.  I immediately made her an admin to the group giving her full power to shape the group in whatever way she saw fit.  Admin privileges within a LinkedIn group offers you as much control as being an owner.  The only difference is the title and the fact if you search for the group - the owner's name appears in the search results.

This little entry is a real source of pride for me.  It's a badge of honor that I wear proudly and an indication of my social media track record.  I've asked a number of people their opinion as to whether or not I should relinquish ownership and received varied answers.

Wouldn’t it be in BPE’s best interest to keep someone with clear visibility and influence on social media platforms listed as the owner? Someone with a proven track record in promoting Indiana and helping folks find jobs? Someone who is not interested in controlling but rather the continued success of a great group doing good work? Or is this simply my pride talking?  It made me wonder how others have dealt with the group ownership issue on LinkedIn? Am I just being vain?