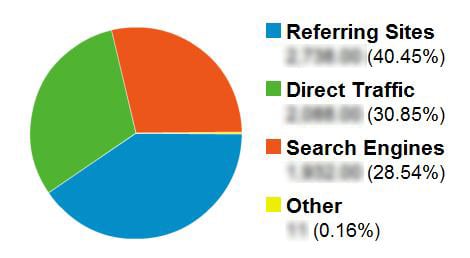 What can we say - it has been a week. We've got scandals in England, stalemate in America, and magic in the theatres. In the inbound marketing world, we're still a-twitter about G+ and Spotify, while the rest of us keep on blogging for ROI. We had a banner week driving traffic and leads to the mother ship with some popular posts and comments from influencers. Thanks one and all. Now for the headlines.

In Monday's post, John wondered out loud about the effectiveness of SEO in generating B2B leads. It seems the data shows a counter trend, with most organic leads coming from branded searches rather than strategic keywords. John's wondering whether all the fuss over keyword ranking is much ado about nothing when it comes to B2B companies. 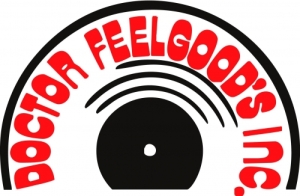 On Tuesday Chad talked about small business social media strategies, with a guest post from Judd Helms, GM of Doctor Feelgood's, a DJ entertainment company in Fort Wayne, IN, where Foursquare, Twitter and Facebook have been the stars of the show. SMB's are worried about how often to engage and what content to put out there to increase brand awareness. Chad's advice, just do it, early and often.

Wednesday was a banner day for our blog. Chris published a very popular post on the impact of blogging, especially when you stop blogging, on inbound marketing ROI. This was a summary of Chris' portion of a well-received webinar on  Building Leads with Blogging. It turns out, you pay a heavy price when you suspend blogging operations, even for a few months.

On Thursday, Chad made it real for you Moms and Dads out there by comparing content marketing to a Chuck E. Cheese inflatable ball pit. For some reason Chad likes to fill his bathtub with plastic balls and let his toddlers play in the sea of brightly colored orbs, which reminds him of a Chuck E. Cheese ball pit and brings him home to inbound marketing. I guess the more you fill your "tub" with great content, the more likely it is that your audience will want to take a bath. Something like that...

At the end of the week, we were wondering about all the big moves in social media and media as a whole. With Rupert Murdoch and his crew under sizable scrutiny, Roman thought aloud about MySpace and its demise as a social media powerhouse (especially after the Murdoch purchase). Business/marketing takeaway? Don't overextend. Stay true to your school. Be the best you can be at what you do. There's probably a few more cliches we can come up with, but you get the idea.

All-in-all it was an interesting week in the news and the blogosphere. We hope you'll stay tuned to this channel, and we promise not to hack your phone for new ideas!