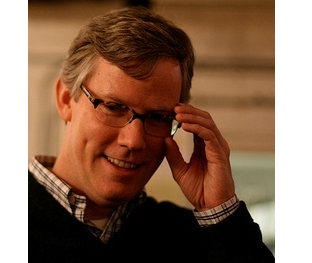 Last week I attended a HubSpot webinar entitled "Staying on Top of Your Inbound Marketing Game in 2011". Unlike most webinars, this one was a solo performance by Brian Halligan, CEO of HubSpot. If you follow HubSpot, you know that Brian is unusual as far as CEO's go. He really loves inbound marketing, and he gets into the weeds with the rest of the "smarketers" at HubSpot on a regular basis. Is Brian Halligan really an anomaly, or is he setting an example for CEO's everywhere?

Lots of CEO's do webinars, and speaking engagements and podcasts and TV spots. This one was different. HubSpot's CEO is truly passionate about inbound marketing. He and Co-founder Dharmesh Shah wrote a best-selling book on the subject for one thing. But to hear Brian Halligan speak on the subject gets your blood moving. He's so excited about what HubSpot is doing as a company, as a group of talented people and as a developer of cutting edge marketing automation software, that he makes you a believer too. Brian doesn't just do a quarterly webinar. He blogs regularly, and he reaches out to his stakeholders and potential customers on a daily basis via Twitter, Facebook and LinkedIn. Brian's real title should be "Chief Inbound Marketer".

So let's consider Brian Halligan's example in the context of the modern CEO. I'm assuming that Brian spends a lot of time with his stakeholders, from the Board and investors all the way down to the most recent HubSpot employee. What's different is that he cares about his customers and makes time for them as a top priority. How does he manage to do that and still have time for running the show at HubSpot? He believes in and trusts his people, that's how. He hires really smart people and entrusts them to get the job done. While this is not a new philosophy for CEO's, few wear this kind of commitment on their sleeves, let alone Tweet about it.

My point is not to sing the praises of Brian Halligan, it's to point out some things that every CEO should be doing in today's challenging times:

My advice to CEO's, go back to your product manuals and re-learn your company and what you sell. If that doesn't get your blood pumping, it's time to rethink the whole thing. If your blood is racing, let everyone know about it. Use the available channels and start shouting from the rooftops. Don't be afraid to fall in love again with what you do.

If you need some inspiration, go follow @BrianHalligan and @HubSpot on Twitter and sign up for some of their webinars. That's what we did, and we're growing.