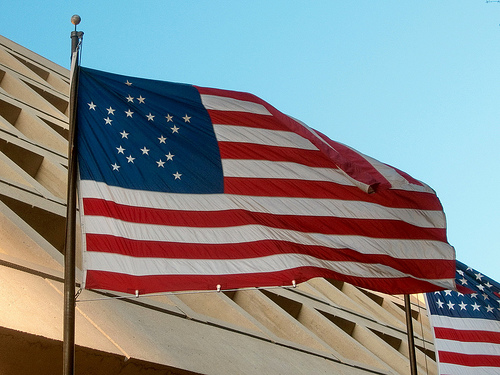 Why Doesn't Congress Have a Social Media Policy - With Teeth?

I don't weigh in on politics often, and I'm not going to take a red or blue side in the latest social media meltdown known as "Wienergate". I do have something to say that I think a lot of us taxpayer types are wondering, however. Why doesn't Congress have a social media policy like businesses or other institutions in the U.S.? Why is someone who clearly violated anyone's practical idea of social media ethics allowed to decide his or her own fate?

With all of the recent scandals involving high profile celebrities and politicians, the oldest public institution in this country, the United States Congress, has apparently seen fit not to regulate itself when it comes to the most dynamic force in the world today, social media. As far as I can Google, Congress hasn't even addressed the topic in formal debate.

Folks, this is not a political issue - there are perverts on both sides of the aisles. This is about ethics, standards of behavior and accountability.

Ask yourself this - if Representative Anthony Wiener's antics on Facebook or Christopher Lee's disrobing on Craig's List happened as employees of any private company, would they still be employed? Would they have any say at all in that decision? I guess that would ultimately be up to the stakeholders in the company, wouldn't it? Now let's see, who are the stakeholders of the United States Congress? That would be us. That's right, these folks report to us and they should be accountable.

We expect people to live up to certain standards in everything we do, be it hiring our own employees, trusting our health to doctors and surrounding ourselves with friends. Why should Congress be any different? Clearly what's needed today (not in the next session of Congress) is a social media policy with teeth. If Members violate these policies, they should be subject to immediate expulsion without recourse. While we're at it, let's set up an independent Board of Review populated by ordinary citizens to investigate and deal with perpetrators. The idea of Congress policing itself is ludicrous.

OK, I'm done venting now. What are your thoughts? How can we improve the situation without stepping on our own Freedom of Speech rights? Your comments are welcome - but please, let's keep this conversation civil and thoughtful...