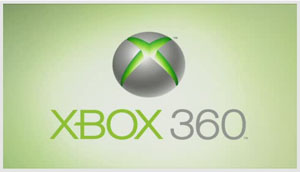 The Future of Inbound Marketing - Virtual Reality with Xbox 360?

A few weeks ago I was lucky enough to participate and attend the South Florida Internet Marketing Association's (SFIMA) Annual Summit in Fort Lauderdale.  There were several great presentations, but the one that stood out the most in my opinion was the presentation by Microsoft's Glen Leeder discussing the Xbox 360 and Kinect.  I didn't favor the presentation because I'm a gamer or rabid Xbox fan.  Far from it in fact.  I liked it so much because it made me rethink the possibilities for the future of inbound marketing.

Before I layout what Glen shared on the Xbox 360 and how it might be a glimpse into the future of inbound marketing let me first share with you some of my preconceived thoughts on the future and how Glen was able to make me reconsider what it might look like.

Thoughts before the Xbox presentation

Over the last five to six years there has been massive digital infrastructure changes and new technology milestones achieved.  Some of these include:

Above are just a few of many examples.  Each one individually might not seem like a big deal.  However, with the right infrastructure in place what is to prevent the TV, radio, phone and the Internet from becoming one and the same.  It will probably all come through the same "pipe" and be accessible from one device.  The trends are pointing to smart phones being that device in the future.  So, if the above becomes fact (it's pretty close now) how will it affect the future of inbound marketing?

The changes are happening before our very eyes.  Some of the cross pollination of marketing campaigns between mobile, web, text messaging, social media, search and even some outbound techniques are amazing.  For inbound marketers this is a dream come true because with the Internet powering most of the marketing techniques above access to robust marketing analytics has never been easier.  Platforms like HubSpot's Inbound Marketing Software signal the potential power of complete platform integration in the future.

Introducing Marketing with the Xbox 360, Xbox Live and Kinect

It's not that the Xbox presentation made me eliminate the above from my thoughts on the future, but rather it added a new platform, made me reconsider the role of entertainment in marketing, and introduced me to a powerful new way to interact with people and brands using virtual technology - the Kinect.  Before I go into the details however, let me explain what the Xbox 360 and it's peripherals are and do.

With the Xbox 360 system and the above mentioned peripherals users can access Facebook and Twitter, Hulu, TV channels, last.fm, games, video chat and lots of other websites and services.  When juxtaposed against a standard television experience Glen said, "Traditional TV is a lean back and watch versus the Xbox which is lean forward and engage." Glen also described the Xbox as "The Great Media Transformation: TV, Gaming, Mobile, Social and Web."

Marketing with the Xbox 360

This sounds like "the one" device which I described above in my preconceived thoughts on the future of inbound marketing and could represent the true integration of all media.  What makes this different from a PC or Mac experience?  The answer is one word - Kinect.  With the Kinect people's real bodies can be scanned and placed in a virtual reality scenario with their friends or brands half way around the world.  Want to play poker with your old college buddies and have a real conversation via voice recognition?  How would you like to allow users to visit your virtual showroom and interact with your products?  What if you could interact with people on Facebook via virtual reality?

These are very intriguing possibilities and some of them exist for advertisers and marketers today.  The point is that the surface has barely been scratch on the role of virtual reality in inbound marketing's future and I can't wait to see exactly what it will look like.  Below are a few of the marketing opportunities available on the Xbox today:

What's right around the corner for the XBox 360?

Your avatar connecting virtually on screen with others in meetings, camp fires, book clubs, singing together, etc. - all while you are each sitting in your own living room talking through voice recognition.  The speech recognition technology will allow for programs that will help you learn a language by speaking out loud and learn French while your virtual avatar is walking through the streets of Paris greeting people in French.  If you mispronounce a word your virtual tutor will help you out.  You could sit down in the bistro and order your meal, etc.  Also possible with this technology: reality shows, game shows, and many other virtual experiences.

I'm not convinced that the Xbox represents the future of media distribution and social interaction.  The truth is the demographic appeal for advertisers is relatively narrow and there's only 55 million consoles in homes today.  However, this doesn't mean that this won't change in the future.  I am convinced though that the voice recognition and virtual reality technology used by the system will play a key role in the future of inbound marketing, social media and brand interaction.  In the mean time, we'll have to wait and see what the future has in store for inbound marketing.  For more information on marketing via the Microsoft Xbox 360 I'll use the words of Microsoft's Glen Leeder, "Bing it."