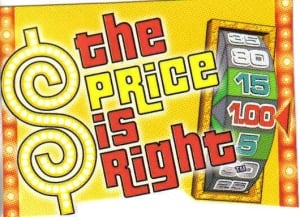 That’s right, in February News Corp. announced MySpace was for sale again and they’re only asking $100 million. Why in the world would anyone want to buy MySpace? They originally purchased the social media platform in 2005 for $580 million.  In the last quarter of 2010 the former social media giant lost $156 million. Shortly before the sale was announced MySpace went through a complete redesign and laid off 47% of its staff.  In today’s fast moving world of Internet and social media marketing what’s popular today can be gone tomorrow.  Innovation, creativity and ease of use determine which platforms float, sink or fly.

Since MySpace is for sale I figured I’d buy it when the price is right – right in my range.  Let’s just say that range is a couple hundred dollars. . .  However, any purchases I make over a hundred dollars need to be cleared with my better half first.  So, here are ten reasons I’m going to give her for why I should buy MySpace.

There are lots of debates on why MySpace took a nose dive, but it’s easily explained by the words of Bob Barker, “You can’t fool television viewers with dancing girls and flashing lights.” So, when the price is right I’m going to come on down and be the next owner of MySpace. 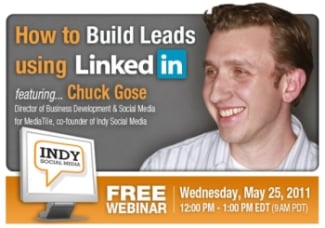 Join our guest Chuck Gose, Director of Business Development & Social Media for MediaTile, and co-founder of Indy Social Media, to learn how to build leads with LinkedIn.