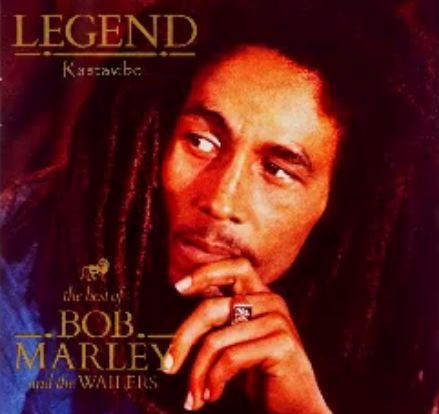 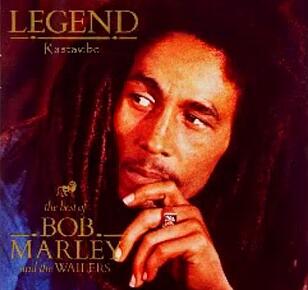 Have you ever complained about CDs replacing cassette tapes – which had replaced vinyl just a few years before?  I realize I’m showing my age when I ask how many different versions of Bob Marley’s Legend have you owned and how many times have you purchased The Beatle’s White Album?

I’ve been researching social media production and monitoring so I’ve been eager to try new and improved tools, but when I saw Leo Widrich’s post entitled “10 New Twitter Tools That Will Make Your Life Easier” there was a tiny voice inside my head that said, “If I read this I will get all excited about learning another groovy tool, only to be disappointed at its obsolescence in two weeks.”

Based on Kevin Mullett’s recommendation I began using Tweetdeck - which is definitely NOT a new tool in the social media landscape. It’s a tired old workhorse with very little flash, and after using Tweetdeck for Chrome, I moved to Tweetdeck Desktop. Using this version I designed the dashboard to be a real-time-tweet monitor that runs unobtrusively in the background.

This functionality is old hat to those who have been using Tweetdeck for years, and there are a lot of you. According to Wikipedia, “It is the most popular Twitter application with a 19% market share as of June 2009, following only the official Twitter.com website with 45.70% share for posting new status updates.”  Over the past two years Tweetdeck dropped down to 13.5% market share of non-official twitter apps according to Sysomos, however this is a very respectable percentage when you consider the thousands of other new and improved tools that have popped up in during the past two years.

The image below is a snapshot of my personal twitter account with @mentions in column 1, DMs in column 2, and the Boolean search string I mentioned above in column 3. 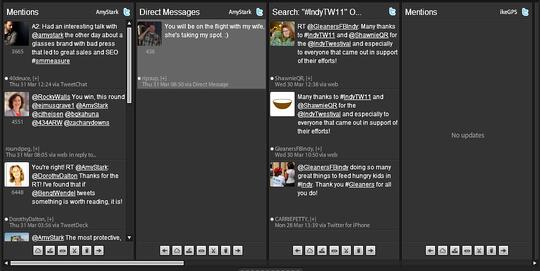 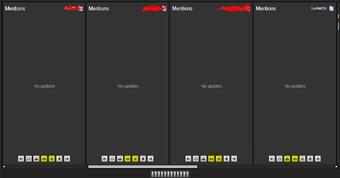 Once you’ve processed all the tweets simply click the eye icon at the bottom of the column (highlighted in yellow) to, “Mark all as seen”, then click the button next to it to --“Clear seen updates.”  The goal is to keep a clean slate which makes it easier to scan the brands you are monitoring and quickly respond to activities which require your immediate attention.

EVERYONE I spoke with during my social media monitoring research – the Kuno Team and several other well respected social media folk – had used Tweetdeck or were using it right now!  They were familiar with the interface and comfortable working in it.  As a bonus this real time twitter monitor comes in several different mobile flavors like, iPhone, iPad and Android.

At least one among Leo’s Top Ten New Twitter Tools will make your life easier and quite possibly become the new killer app, but which one and for how long?  We had several decades where vinyl ruled before the cassette tape took over, can we at least have a few more days with tried and true tools?  I may be old school but I’ll stick with tweetdeck for now- at least for another month - and I’ll make a solemn vow that my iTune download this morning will be the last version of Michael Jackson’s Thriller I’ll ever buy.

Photo copied from YouTube: Bob Marley Stir It Up