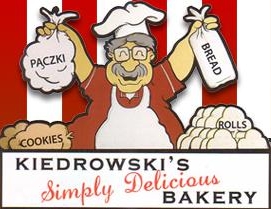 Many small business owners are set in their traditional marketing ways.  My father was no exception.  It was hard to convince him to get involved in social media marketing.  He believed in the traditional outbound marketing methods that made his business successful for over 27 years. Little did he know that something as simple as a tweet with a hash tag in it could expose his business to thousands of new people.

My family’s business was nominated for the Americas Top 10 Bakeries competition where patrons could vote for their favorite bakery. My father planned to solicit votes via traditional methods:  fliers, newspaper ads, and handouts to people who came into the bakery.

I decided to help my father out a little bit. I took the voting link and placed it on our bakery's Facebook wall (which had very little content) and to the Twitter account (which had very few tweets).  The tweet was forwarded by a co-worker here at Kuno.  He added a hash tag to the word Cleveland.  From there, things got crazy. . !

Soon after the retweet, two local news stations were at my father’s bakery shooting stories.  He was invited to come on local morning shows in the Cleveland area.  Voting for my father’s bakery took off.  In one weekend the bakery went from not being in the running to being the number one bakery in America with over 50% of the votes.  This all escalated from a simple re-tweet and hash tag.

Needless to say, it has increased sales and social media reluctancy is a thing of the past.  The bakery is currently number one in voting and is still being visited by local media.  Voting closes on April 4th.  If you wish to vote for America's top bakery you can do so here.  If you do I recommend voting for Cleveland’s own - Kiedrowski’s Simply Delicious Bakery. 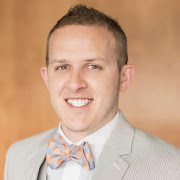 The beginning of Tim’s professional life was sweeter than most. As a kid, he charmed customers in his parent’s bakery, Kiedrowski’s Bakery, a recipient of accolades such as America’s No. 1 Bakery and Cleveland’s Best Bakery. Tim’s courteous and hardworking dispositions translate into his role as client relations manager where he inspires designers, developers and technologists to go above and beyond to delight our customers.
MORE FROM THIS AUTHOR >