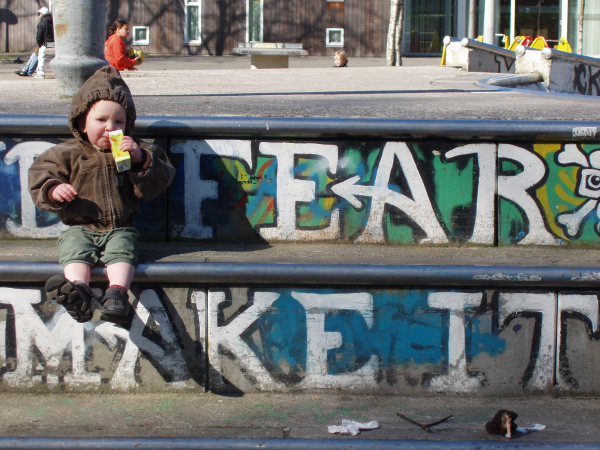 The Fear of Writing for Inbound Marketing

Every business I've worked with, every nonprofit organization I've consulted and every group I've trained shared the same concern with me: "Social Media is great, and I know we should be blogging and tweeting, but where am I supposed to find relevant content and how am I supposed to KEEP finding relevant content?" There are many places that require digital content creation such as, blogging, posting on facebook, engaging on Linked In, or tweeting –but these all mean “writing” to most folk and most folk are afraid to write.

The fear of writing is linked directly to the fear of public speaking which ranks number one on many “what scares you the most” lists.  In “Are These Your Top 10 Fears?” the foundation for public speaking phobia is examined: “This fear is all about everybody taking notice of you, and listening to what YOU have to say.”

When producing digital content you’re not only exposing what you have to say, but you're also exposing your real or perceived inadequacies in grammar and punctuation.  Before digital content creation can even start, the fear of writing is a death knell for many social media interactions.

This topic reared its ugly head on Tuesday when I had lunch with @IndyCopierCat -- a twitter newbie. She expressed a concern about appropriateness - she was fearful she would inadvertently commit a social media faux pas. I gave her some advice that will work for anyone: Just be yourself, be positive and keep at it.

There is one thing on which everyone can claim expert status - no one knows how to be you better than you. In How to Overcome the Fear of Writing we’re reminded that, “The simple act of being yourself and doing your best IS being remarkable.  It doesn’t matter what anyone else thinks.”

In Overcoming the Worries That Attack Writers it states that most authors -even prolific New York Times bestselling authors -have bouts of writers-block, when their, “…lack of inspiration and criticism are filling their minds with negativity.” It’s best to approach each blog post or tweet with a positive attitude.

Rhoda Israelov offers good advice in conquering your blog phobia by stating: “Just get going! There are no monsters in the closet, and the cure for blog phobia is simply - blogging!”

Since I’ve known Carole (aka @IndyCopierCat) for over 11 years I was able to give her some specific advice on how to overcome her fear about producing content on twitter. I advised her to, “Just be yourself and talk with other tweeters as if you were at a face-to-face chamber function.”  I could see her relief.  As a B2B marketing and sales person, she’s been networking face to face for a long time. This scenario may not be helpful for you if you’re an introvert who dislikes face to face chamber-like functions, but you can still be yourself, be positive and keep at it!