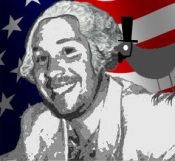 What Our Founding Fathers and Past Presidents Would Have Tweeted

While working on some new landing pages and shooting out the occasional tweet this Presidents' Day I couldn't help but wonder what our founding fathers and past Presidents would have tweeted if Twitter was around in their day.  Moreover, what would their twitter handles have been?

I'm not sure what the answers are, but below is my stab at it.

“Ninety-nine percent of the failures come from people who have the habit of making excuses.”

“Associate with men of good quality if you esteem your own reputation; for it is better to be alone than in bad company.”

“If the freedom of speech is taken away then dumb and silent we may be led, like sheep to the slaughter.”

“Any fool can criticize, condemn and complain and most fools do.”

“A man wrapped up in himself makes a very small bundle.”

“Delay is preferable to error.”

“Always take hold of things by the smooth handle.”

“Advertisements contain the only truths to be relied on in a newspaper.”

“A man has a property in his opinions and the free communication of them.”

“All men having power ought to be distrusted to a certain degree.”

“Ambition must be made to counteract ambition.”

“A friend is one who has the same enemies as you have.”

“Character is like a tree and reputation like a shadow. The shadow is what we think of it; the tree is the real thing.”

“Avoid popularity if you would have peace.”

“A man who has never gone to school may steal from a freight car; but if he has a university education, he may steal the whole railroad.”

“Believe you can and you're halfway there.”

“Far and away the best prize that life has to offer is the chance to work hard at work worth doing.”

“One-fifth of the people are against everything all the time.”

“Only those who dare to fail greatly can ever achieve greatly.”

“The free way of life proposes ends, but it does not prescribe means.”

“I can take it. The tougher it gets, the cooler I get.”

“If an individual wants to be a leader and isn't controversial, that means he never stood for anything.”

“Don't be afraid to see what you see.”

“Life is one grand, sweet song, so start the music.”