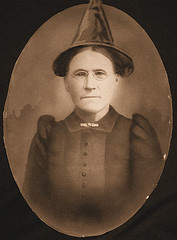 What J.C. Penny’s Black Hat SEO Means for the Future of Search

It was recently reported by the New York Times that J.C. Penny engaged in black hat link building tactics for SEO.  Upon hearing this Google swiftly crushed J.C. Penny in its SERPs (Search Engine Results Page).  Today the shockwaves are being felt across the SEO world.

It is important to note that J.C. Penny’s link building was considered black hat because the links resided on very spammy shady websites that were unrelated to J.C. Penny’s products.

Unfortunately, this incident may have a frightening effect on companies that are considering hiring legitimate SEO agencies.  Most SEO professionals approach their profession with the highest levels of integrity while deploying only white hat tactics.  The New York Times article doesn't do a very good job of highlighting this.  So, what did this article teach us about SEO, link building, black-hattery and more importantly Google?

The key take-a-way from this is that Google is not very good at detecting spammy link building when done “under the radar.” Meaning, as long as the links aren’t created too fast it’s harder to detect.  If Google sees a large spike in links that reside “X” deviations from their defined algorithmic mean a red flag is raised.  That is how a website would get caught for spammy link building.  However, Google did not catch J.C. Penny, the New York Times did.  That gives black hat SEO’s a good idea of what that “X” value might be.  By going into Yahoo’s Site Explorer and examining the spam links a good SEO should be able to determine a potential threshold for staying under Google’s radar.

The New York Times story potentially could lead to a spike in black hat link building activities.  If I were a shady black hat SEO person I’d feel much more confident in my crooked link building activities because of the lessons learned from the New York Times article.  Companies that knowingly employ or may employ these shady black hat SEO agencies may feel more comfortable because this new information sheds some additional light on Google’s algorithms.  However, if this is the result of the J.C. Penny story it pales in comparison to the below likely scenario.

What is to stop a company from employing a black hat SEO agency to build massive amounts of backlinks to their competitor's website so they can report it to Google and have the website banned?  Answer – Nothing!  This breaking story has potentially opened up a new market for the black hat SEO’s – SERP sabotage.  The SERP saboteur could anonymously report the bad link building activities to Google too.  It could be reported using social media, forums and even press releases.  I’m sure there are plenty of hungry journalists out there that would love to break the next J.C. Penny SEO story.

How is Google going to handle this new potential reality?  I don’t know the answer, but I hope they figure it out soon before companies find themselves victimized by SERP Sabotage.