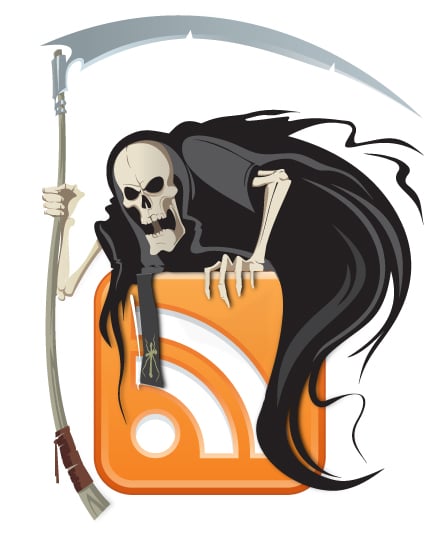 The Death of the Feed Reader – Inbound Marketing Syndicators Beware 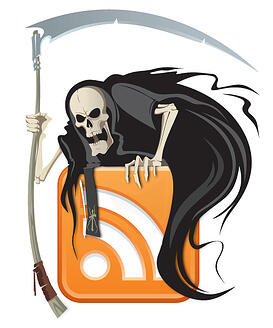 My feed reader and I have been pals since 2006.  Believe it or not I use MyYahoo and not iGoogle!  There’s a plethora of other types of feed readers like Outlook, but most of the people I know use one of the two above.  Our relationship began to grow exponentially after I deployed my first feeds.  As a matter of fact, I loved my feed reader and couldn’t have lived without it.  It was great because my favorite blogs and newspapers were delivered to me on one page and I could glance at the day’s headlines to decide what I wanted to read without having to open up dozens of websites.

The Realization of the Pending Death

About a year ago I began to notice my use of the feed reader was becoming less and less.  As I started to spend more time on Twitter the time I spent on MyYahoo drastically declined.  Now-a-days, I find myself opening up my reader three or four times per week.  Prior to Twitter I looked at my feed reader at least 10 times a day.  Why has my behavior changed so much since I became active on Twitter?

Why Feed Readers are Dying

Twitter is slowly replacing my feed reader.  Why is Twitter better than a feed reader?  Twitter acts as a filter for bad or uninteresting content.  The best of the day’s blog posts are scrutinized by my friends and followers on Twitter and retweeted religiously by people throughout the day.  Those articles that are worth reading are typically retweeted the most.  By retweeting, my Twitter friends are vouching for the content.  Besides, without Twitter I wouldn’t have been introduced to many of the new blogs I read today.

The Effect on Inbound Marketing

What does this mean for inbound marketers?  Inbound marketers shouldn’t expect their RSS subscribers to grow at the same rate they’re used to.  Although they will probably continue to grow for several more years, the rate of growth will begin to decline until it eventually flat lines.  Inbound marketers will be forced to rely on large homegrown Twitter and Facebook networks for their content distribution and syndication.  Better start growing your Twitter and Facebook fan base before it’s too late. . !