Facebook vs. Google - Clash of the Titans: An Inbound Marketer’s Take

There’s been countless blog posts written about the competition between Google and Facebook and many of them come to lots of different conclusions.  I never really gave it too much thought until I saw a Google banner ad on the home page of Facebook.  The ad placement on the login page made it look like they were buds.  Then I read the banner.  It said, “. . . click here to make Google your homepage.”  Why would Google pose that question on Facebook’s login page?  . . . because Facebook is asking its users to do the same. 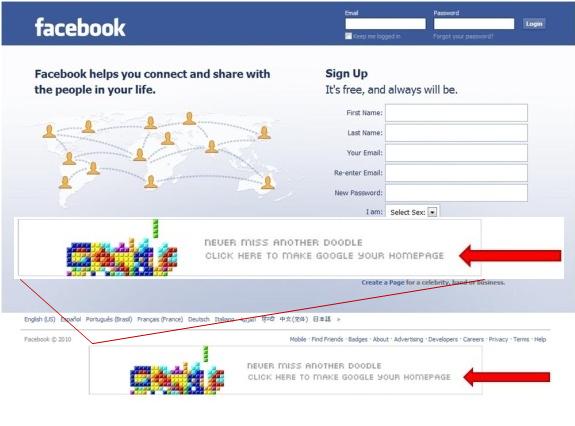 Currently, Google and Facebook aren’t real head to head competitors.  Yes, they’re both vying for our ad dollars.  So, in that sense, they do compete.  Even though they both serve different roles, search and social, their ad revenue depends on page views.  It is much easier to maximize page views if a website is set as the home page.  Besides, more and more people are utilizing their online social connections to get the answers they’re searching for in lieu of Google.  If Facebook can get 500,000 users to switch their homepage it will have a huge effect on Google’s page views.

The average Facebook user spends over seven hours per month surfing the site and it’s growing.  Google users only spend around 2 hours per month on the site and it’s declining.  These trends will continue to spell trouble for Google if most of Facebook’s users make Facebook their homepage.  Also, keep an eye out on the development and deployment of advanced data mining and predictability modeling by Facebook.  These developments will allow Facebook to implement real-time search.  I'm sure Google is working on their own version, but the winner will own the future of search.

What website do you have as your homepage?  Is it Facebook, Google or something else?  Why not make it KunoCreative.com. . ?