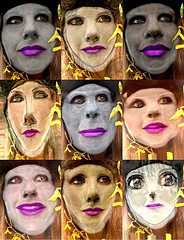 Half a billion users can't be wrong. Right?

Half a billion connected users is certainly a captive audience.

Half a billion users will help you build your brand and capture leads.

What then, would Facebook be if it wasn't Facebook? With the currencies of 700 billion minutes a month and the emotional investment of all those users, here are some other companies whose business model Facebook could easily adopt, overtake, or buy:

Think about your current social media campaigns, today. Think about how they might change if even one of the above suggestions occurs...