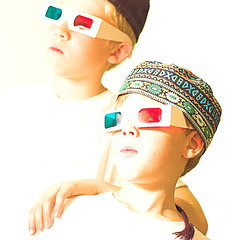 Inbound Marketing and the Dawn of the New Digital Age

On NBC Nightly News this week, anchor Brian Williams made an announcement that is destined to be remembered as a pivotal moment in communication history. For the first time on Amazon.com, digital books outsold paper books.

Communication has been in flux ever since the Internet became widely available. Newspaper and magazine subscriptions began dropping when consumers found they could get the same news sooner and free on the Internet. Email and online bill payment have forced the U.S. Postal Service into crisis. Mainstream TV is faltering, many believe fatally, done in by the relentless, rejected stream of TV advertising and the popularity of Tivo and Hulu as alternatives. Radio remains popular but is limited by our inability to share information in real time. Telephones are becoming "smart phones" that enable all forms of digital communication.

The Internet is changing the way we communicate with each other and the world around us, but change might have been a bit more gradual if not for social media, particularly Facebook and Twitter.

Facebook has single-handedly bridged the computer generation gap, turning computer-phobic grandmothers into Internet divas. Just this week Facebook passed the 500 million user milestone and shows no signs of slowing down. More than any prior Internet application, Facebook has popularized personal computer communication, stripped it of its mystery and made it an integral part of our daily lives. We are now seeing a new "space race" between Internet giants Google and Facebook to capture our attention in all digital media and provide us with new tools for communication and collaboration.

Twitter adds speed to the mix. The immediacy of Twitter has moved communication from plodding to light speed and, in the process, fast-forwarded our expectations. Today's consumer expects instant response. Businesses that can't accommodate that need for speed will be left choking in the dust, trampled by the thundering herd of new tech-savvy business owners who are ready, able and willing to embrace cyber communication.

Location-based services, such as Foursquare and Gowalla, keep us in touch with each other by literally following us through our daily lives.

While communication experts have been predicting the death or dramatic reinvention of many of our traditional communication institutions -- newspapers, magazines, commercial television, book publishing, libraries, movie industry -- the first concrete indication that the future is now occurred this week when Amazon's digital book sales kicked dust over the dust jackets of their paper forbearers.

The Emergence of the Inbound Marketing Agency

So what does this mean for business owners trying to market their products and services to consumers? It means that the traditional outbound marketing techniques used to generate leads and drive sales are out and inbound marketing techniques that focus on social media communication platforms are in. Early adopters will gain a competitive edge and johnny-come-latelies will struggle. Traditional ad agencies are morphing themselves into interactive agencies and are forced to compete with smaller, more flexible inbound marketing specialists. It will be interesting to see how businesses adapt to this changing marketing landscape.

The new digital age for business is here. What's your strategy?