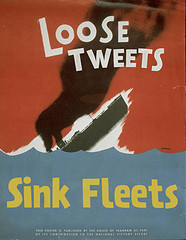 Unleash the Power of Twitter as an Inbound Marketing Tool

Those who scoff at Twitter as an inane, ego-centric, attention-grabbing waste of time are overlooking its potential as a powerful inbound marketing tool. While many people do use Twitter to provide a running commentary on the tedious minutia of their daily lives, Twitter is also the powerful instant disseminator of news events as they happen and the dynamic instigator of exhilarating flash mobs. While its 140-character limit enforces message  brevity, the immediacy and phenomenal reach of Twitter -- it can instantly reach millions of people -- make it one of the most powerful inbound marketing tools available today.

As in all marketing strategies, the trick is to use Twitter effectively and creatively to promote your business and disseminate information of value to potential customers. Rather than think of tweeting as a random jumble of unconnected thoughts, consider each tweet to be a sentence in an ongoing microblog. Give your daily tweets a comprehensive focus or message by tweeting on a theme or pegging tweets to a news event or concentrating tweets on a single aspect of your business. Like the old Burma Shave signs that used to grace the highways with a series of pithy thoughts, let your daily tweets build on each other. In creating each tweet, contribute to a central thought, allowing the culminating thoughts to come together in the recipient's mind like the pieces of a puzzle form a picture. Be yourself. People follow personalities and perceived experts, not robots. Tweeting every few hours on the same theme builds anticipation for the next tweet while cementing your business or brand in customers' minds.

How are you using Twitter for inbound marketing? Let us know if we can help.