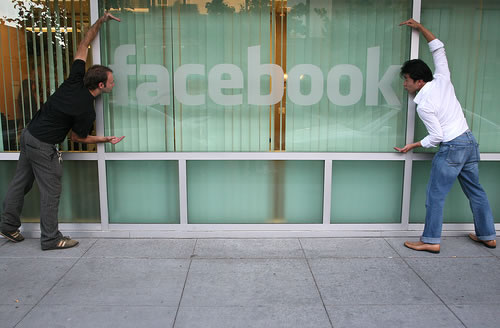 Facebook: The Stealth Weapon in Your Inbound Marketing Toolbox

One in every four Internet users already has a Facebook account and visits it at least once a month. A huge percentage of Facebook fans are much more frequent users, often spending several hours a day updating and posting to their Facebook page, visiting and commenting on their friends' pages and making new connections. When most people think of Facebook users, they think of high school and college students, consumers in their mid-teens to late-20s. Perhaps surprisingly, the fastest growing Facebook demographic is adults over 34 who now comprise 28% of Facebook users. Adding a Facebook campaign to your social media marketing strategy gives your company access to that enormous buying pool. Cheap and fast, Facebook is breaking down social-commercial barriers and creating a truly integrated lifestyle.

The social context in which Facebook was developed and has matured breaks down traditional barriers between buyers and sellers. On Facebook, everyone's a friend. By the very nature of its highly social setting, Facebook advances the starting point for building customer relations months ahead of more traditional marketing efforts. Facebook marketing capitalizes on the casual, friendly initial set point that underscores all Facebook relationships. Once you're "in," you instantly reap the benefits of friendship. Facebook promotes instant access, instant gratification, instant loyalty. All you have to do is catch the imagination of fans with funky graphics or a silly YouTube video. On Facebook, the initial reluctance to try new products disappears. Everything is about sharing the coolest, hippest new thing, creating the next gotta' have it trend, now accelerated to hyperspeed with OpenGraph. Creative campaigns via Facebook, Twitter and YouTube can launch your product or service, drive traffic and leads to your website, and build brand awareness like no other media today.

With little technology investment businesses can jump into instant relationships with customers, skipping the arduous, expensive steps traditionally used to build relationships and introduce products. But Facebook doesn't work alone. You have to participate (you and your entire army of social marketers). Like we said, why aren't you on Facebook?

We have some great ideas.