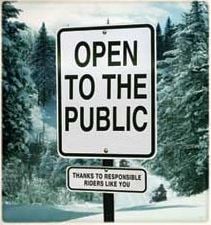 The recent $15 million dollar lawsuit filed against Google has

sparked much debate about whether you have the right to write whatever you want and be able to remain anonymous. Should a ghost blogger have no expectation of being revealed or being held accountable for content they put on the internet? In this case, Rosemary Port, an anonymous blogger who called Vogue model Liskula Cohena “skank” among other things, is launching a $15 million lawsuit against Google for disclosing her identity.

It’s interesting to point out that for a long time public opinions (editorials), whether right or wrong have been published in printed newspapers.   It’s not often that you hear about these papers getting sued for revealing the identity of the authors.  Why?  Because it doesn’t usually happen due to the fact the authors' names are included in the articles.

It you want to be critical, or in some cases like this, just mean, you may think that you can hide your identity.  But you can't beat the power of the public internet.  It will find out about you and you’ll probably get what you deserve.  Rosemary Port already claims that all the publicity is taking away from her personal privacy.   It's hard to feel sorry for someone who puts out this type of negative content to the public and thinks there will be no accountability.  And when she is unhappy with the results, what does she do - file a lawsuit.

This case brings more attention to a topic that is certainly not going to go away.  Overall it should help educate anyone who adds content to the internet to take pride in what they say and remember that the internet is open to the public and it’s a two-way mirror.  The more aware of this everyone gets the better the content and experience of using the internet will be.